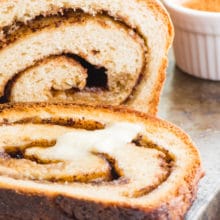 Everyone loves this homemade vegan cinnamon bread recipe because of its soft texture and appealing cinnamon swirls. Serve slices toasted with a smear of agave butter and some chia jam.

Can there be a better way to start your week than a slice of gooey vegan healthy Cinnamon Bread served toasted with a smear of melted vegan butter? OK. Maybe winning the lottery. Or a hug from your kid. But besides that?

I haven’t had a store-bought cinnamon bread loaf in awhile because it’s just one of those things I figured wasn’t vegan. This vegan cinnamon bread baking in the oven and filling the house with lovely aromas is the way to go.

Sprinkle 1/4 cup to 1/2 cup of raisins over the filling to create a delicious raisin cinnamon bread.

How to Make Cinnamon Bread

This is the best vegan cinnamon bread recipe because it’s relatively easy to make, with only a few simple steps. These include:

Here we’ll go in a little more detail about the steps involved in this recipe.

Step One: Scald the Milk

Begin with plant-based milk (I used soy milk) and some apple cider vinegar in a saucepan. Bring that to a simmer and then remove from heat and add the vegan butter. Stir it all together and then set aside to let it cool.

In a large bowl stir together flour, yeast, sugar and salt. Add the water and lukewarm milk mixture. Stir this all together. It should be fairly sticky.

Add the remaining flour, and then knead the dough in the bowl for about 5 minutes, adding a sprinkling of flour on top as necessary. Once you can press your thumb into the top of the dough and it springs back, you’ve kneaded it enough.

Place the dough in a draft-free, warm place for the dough to rise. It needs about an hour or so.

While the dough is rising, prepare your cinnamon filling by combining brown sugar, cinnamon, and softened vegan butter in a bowl.

Note: Add 1/2 cup of raisins distributed equally across the filling if you want a vegan cinnamon raisin bread.

Once the dough is ready, use a rolling pin to roll it out into a rectangle about 8 inches wide (to fit your loaf pan) and about 20 inches long.

Spread the cinnamon filling across the dough. Starting at the 8-inch edge farthest from you, begin rolling the dough toward you. When you get to the end, pinch the dough to create a seal.

Place the loaf in a prepared loaf pan, then cover and set aside to rise for another 30 minutes.

When the cinnamon bread has risen, place it in the oven and bake for 40 to 45 minutes. The crust should be golden brown.

When it’s done, remove it from the oven and allow it sit for 10 to 15 minutes to cool because the cinnamon sugar filling will be hot.

For a warm place to let your dough rise:

This vegan cinnamon bread recipe slices up nicely and you’ll be enjoying it (and maybe even sharing it with others) all weekend long!

What do you eat with cinnamon bread?

Usually, you’ll want to serve individual cinnamon bread slices toasted, on a plate, along with your favorite toppings, such as butter, cream cheese, and peanut butter. It’s perfect served alongside a bowl of granola or some yogurt for breakfast. You can also use cinnamon bread to make French toast.

Want more vegan cinnamon recipes? Be sure and check these out: 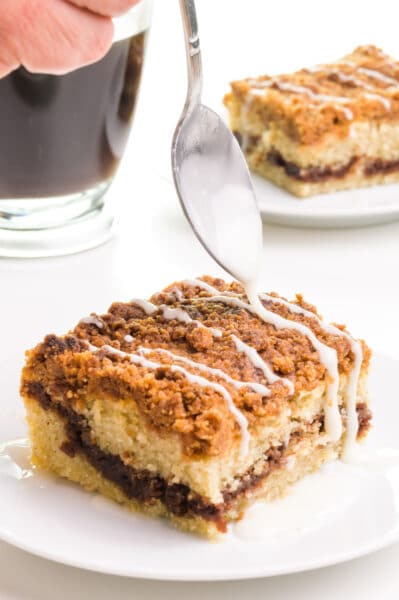 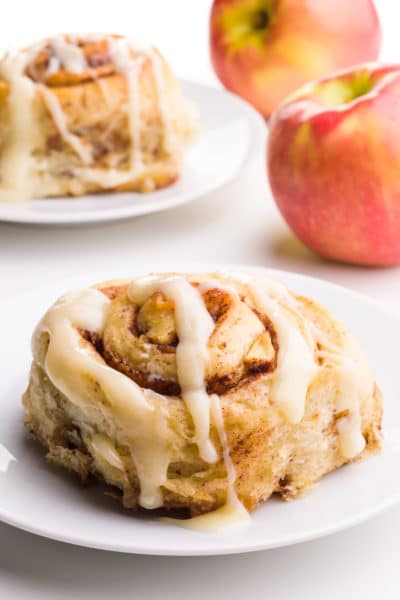 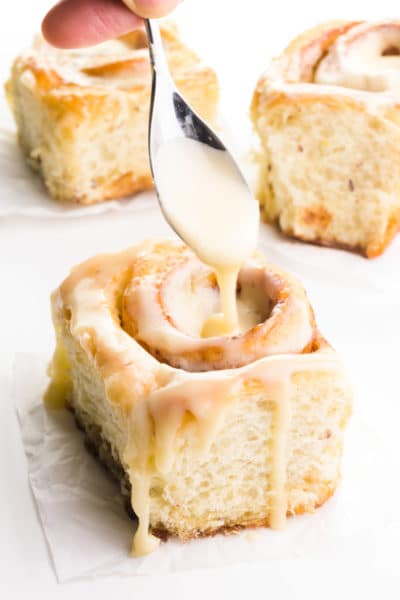 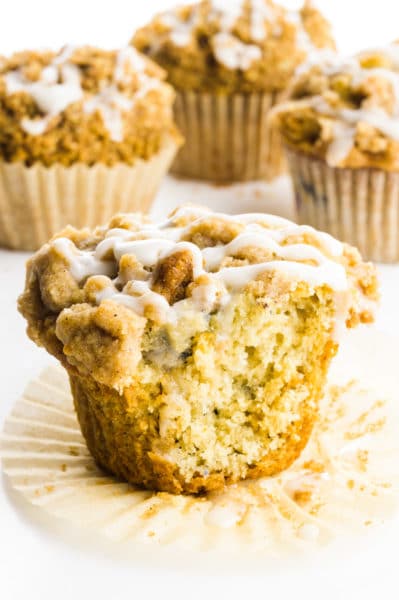 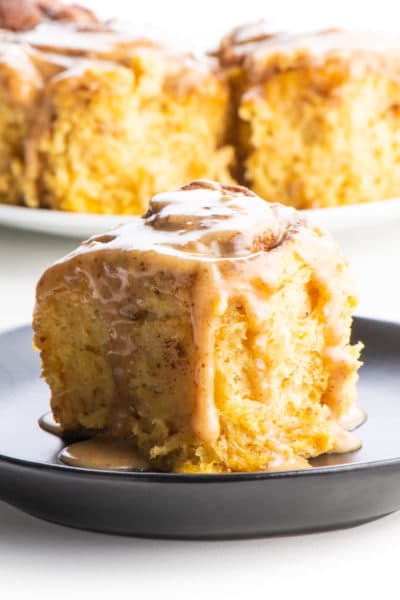 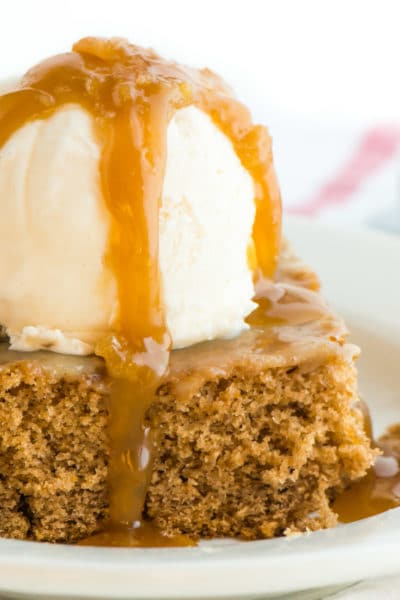 I hope you love this vegan cinnamon bread as much as we do!

This post was originally published in 2010 and was updated to include new photos, new text, and an updated recipe in 2020.