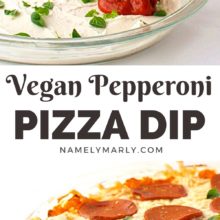 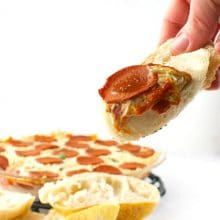 I know a lot of people think vegan food is either a) really difficult to make…or 2) not very tasty…or thirdly, some combination of the two.

This recipe blows all those theories out of the water! I mean, seriously, what could be tastier than a pepperoni pizza dip? And with only FIVE ingredients, this dip is SO easy to make. Within twenty minutes or so, you’ll know what I’m talking about.

So, this dish has it all. It’s super easy to make. It’s super tasty to eat. And it’s even colorful too — who doesn’t appreciate a little splash of red and green color on the dinner palate?

How to Make Vegan Pizza Dip

It’s so easy to make this simple vegan pizza dip recipe. Begin by spreading softened vegan cream cheese in the bottom of a pie pan, spreading it across the bottom to create a nice, even base layer.

You can buy it or make homemade vegan cream cheese for this recipe.

Next, spread the oregano leaves (or sprinkle dried oregano) over the top of the vegan cream cheese.

Then spoon the pizza sauce over the top and distribute evenly across the dish. Top with vegan mozzarella shreds. Finally, place vegan pepperoni slices across the top as the final layer.

Place the dish in the oven and bake for about 15 minutes, until the cheese is melted.

Serve with bread slices, crackers, or pita. I’ve even spread this dip over the top of my veggie burgers to make an impromptu Veggie Burger Parmesan sandwich. Yum!

Cover leftovers and store in the fridge for up to 7 days. 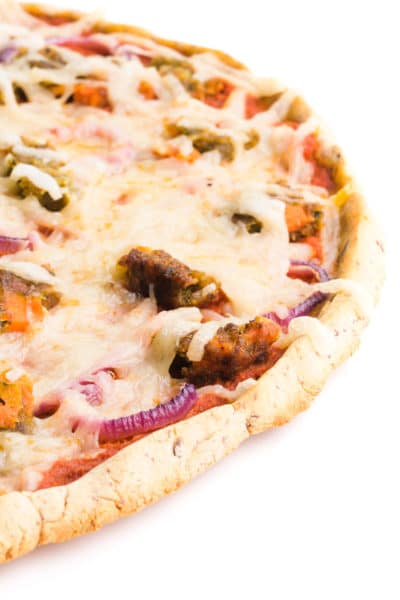 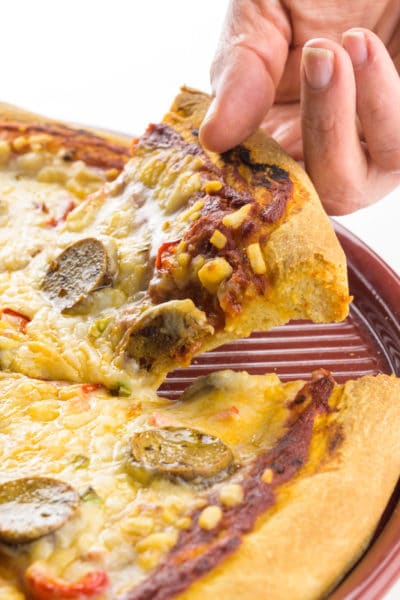 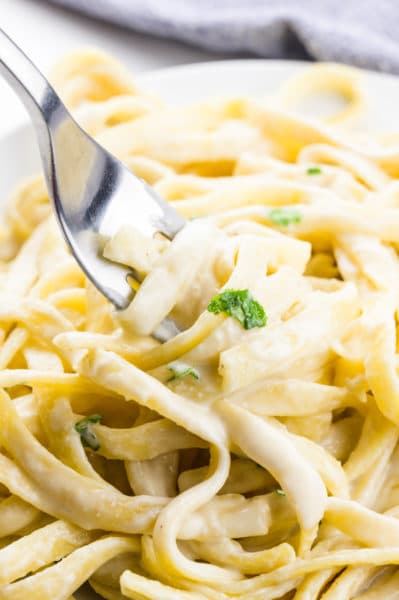 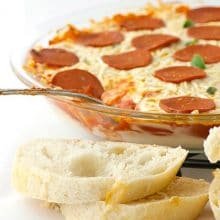 This post was originally published in 2015 and was updated to include new photos, new text, and an updated recipe in 2021.