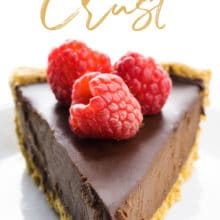 Tired of the traditional pie crust? This healthy Oatmeal Pie Crust recipe is easy to make and creates the perfect foundation for your favorite vegan pies. Make it gluten-free or regular, either way, it’s a perfect crispy, flavorful crust.

I love a good pie. I mean, who doesn’t! If I met someone who said they didn’t like pie, I would smile and say something nice, but I’d definitely have my doubts about them.

My good friend Marty used to tell me that when it comes to people, they have to prove that they’re trustworthy. And someone who doesn’t like pie? I feel a little skeptical about them.

OK. So now that we have that ground rule on the table, let’s talk about this tasty oatmeal pie crust. Because even though I love to eat pie, and I love my vegan pie crust, sometimes it’s nice to have a crust that’s a little different. You can make a vegan graham cracker crust, but that requires having some graham crackers on hand.

I may not always have graham crackers on hand, but I do always have oatmeal. Always. That’s just one more thing I love about this simple oatmeal crust recipe.

How to Make Oatmeal Pie Crust

There’s only a few steps to make this easy oat crust, so let’s get to ’em:

Step One: Place ingredients in a food processor

I used a food processor, but a blender works too. Place the oats, flour, cinnamon, sugar, and salt together in a food processor or blender and pulse until the oats resemble a coarse flour consistency.

You just made oat flour. Impressive! This creates the foundation for our oat flour pie crust.

Next, cut the cold vegan butter into cubes and add that in the food processor with the coarse oat flour mixture. Pulse in short bursts until the vegan butter is broken into bits and distributed throughout the dough.

Add the water, one tablespoon at a time, and pulse until the dough is moist. You should be able to pinch it between your fingers and it holds its shape. If not, add another tablespoon of cold water and pulse again. I find a minimum of 2 tablespoons works best.

Press the dough into a prepared pie pan, pressing it up against the sides of the pan. I tried crimping the edges, but it always caused the finished pie crust to crumble. So, I don’t recommend it. Just use your fingers to create a nice, level edge to the edges.

Place the pie pan in the fridge for about 10 to 15 minutes, to allow the crust to chill.

After the pie has chilled. Preheat the oven to 375°F and then bake the crust for 10 to 15 minutes, until the edges are golden brown. Remove from the oven and cool completely.

★★★★★
Thanks, great recipe. I used it for a frozen yogurt pie and it was delicious. It’s my new favorite!

It’s good to have some pie crust alternatives. Of course, the next step is the filling. What other vegan pie fillings can you add to this tasty little crust? Here are some of my favorites: 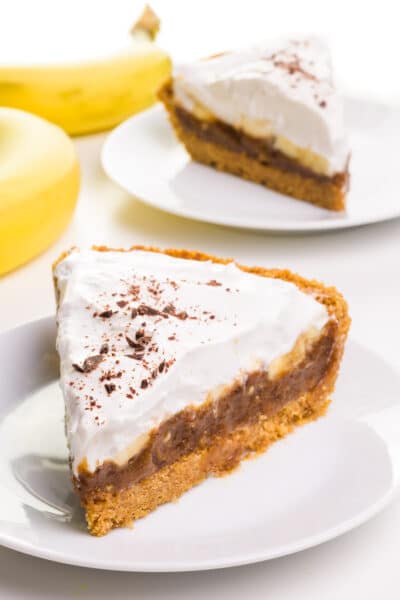 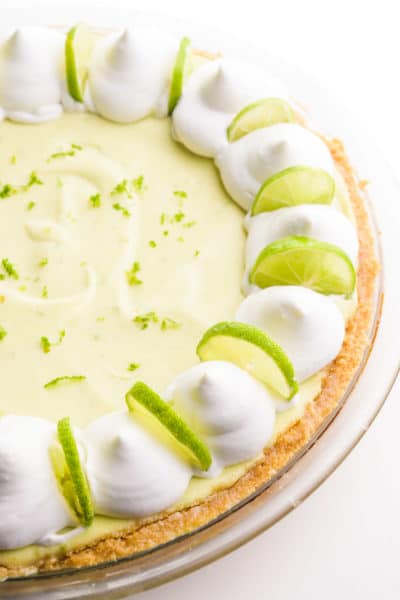 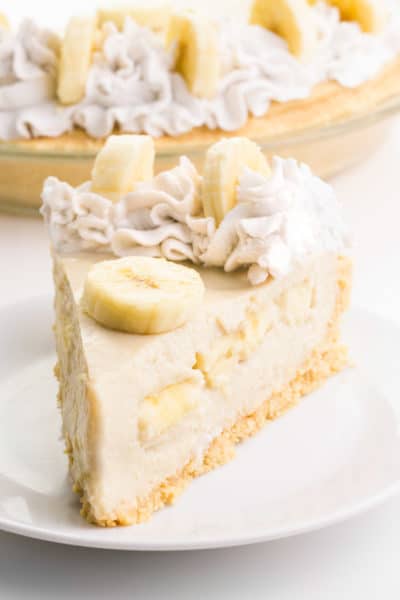 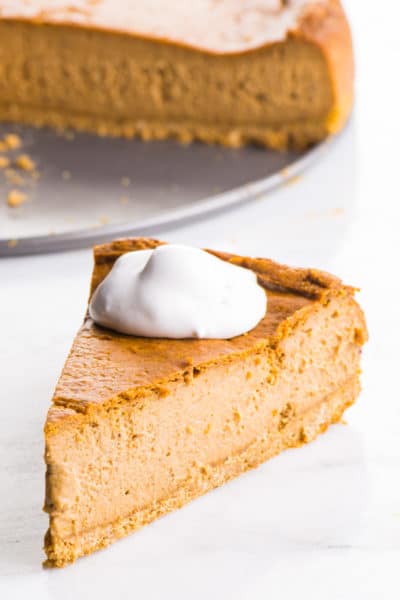 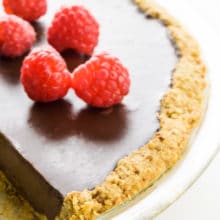 The nutritional estimate is for an entire pie crust that will be divided into 8–10 slices.  One of my favorite vegan chocolate pie fillings is combining 2 cups of vegan chocolate chips with 1 can full-fat coconut milk. Melt these two together in a microwave for about 1 minute, then stir until combined. Pour this chocolate mixture into the baked and cooled pie crust. Then refrigerate for at least 3–4 hours. A reader left this comment about the oats: You can use quick oats for this recipe. How do I know? To make quick oats, instant oats, and oat flour you take old-fashioned oats and blend them finer and finer. Since this recipe calls for the oats to be chopped up in a food processor until it reaches a coarse flour, you are basically turning your old fashioned oats into something between instant oats and oat flour.
Calories: 1180kcal | Carbohydrates: 148g | Protein: 21g | Fat: 57g | Saturated Fat: 14g | Sodium: 1151mg | Potassium: 484mg | Fiber: 14g | Sugar: 26g | Vitamin A: 2877IU | Calcium: 77mg | Iron: 7mg