It’s a bit of a stretch to call these meatballs. I know that.

Because the meatballs in this dish are made with great northern beans. Although you could use chickpeas or cannelloni beans, navy beans, or pretty much whatever beans you want. However, I would advise sticking to the white beans to keep the flavor profile intact.

Do you take offense to me calling these meatballs when in fact, there is no animal meat involved?

I could have called them beanballs. However, I don’t find that too appetizing. Do you?

Besides, could we not argue that the word meat has more than one meaning? In fact, Dictionary.com provides a second definition of the word meat as the edible part of anything, such as a fruit or nut.

I think beans are covered in that category.

OK. Now that we’re on the same page regarding the meatballs, let’s move on. Because there’s a lot of greatness to discuss about today’s Vegan Spaghetti Squash and Meatballs recipe.

How to Make Spaghetti Squash

Step One: Prepare the Squash

To soften the squash, score around the sides of it (where you will be cutting it in half). Then place it in the microwave and cook for 1 – 2 minutes. This will soften the squash to make it easier to cut. Allow it cool until it’s cool enough to handle, and then cut the squash in half.

Then use a spoon to scoop out the seeds and stringy stuff inside.

Drain the can of beans and pour them in a food processor with the dehydrated onions, garlic powder, flax seeds, nutritional yeast flakes, and seasoning. Pulse until just combined, only a few seconds. You can scrape down the sides of the bowl and then pulse again. Just be sure to leave some pieces of the beans intact.

This makes a very sticky batter. You will want to use some kind of scoop (I used a cookie dough scooper) to create the balls. Place the bean balls on parchment-lined pan. Place the bean meatballs in the oven, along side the spaghetti squash. Cook for 25 – 30 minutes.

Remove the pan of bean meatballs from the oven. Use tongs to transfer them on top of the spaghetti squash. Top with vegan mozzarella shreds. Return to the oven and bake another 10 minutes or so, until the cheese has melted.

I love this strategy of eating healthy meals during the week and saving indulgences for the weekend. This spaghetti squash casserole could actually fit in either category because although it’s nice and healthy, it also has an indulgent feel to it.

When you’re ready for this tasty vegan spaghetti squash recipe, you can use any variety of sauces. You can use the red sauce as the recipe suggests, or even a tasty Vegan Alfredo Sauce.

But let’s talk a little about how easy to bake spaghetti squash and transform it into this tasty casserole. I cook the spaghetti squash in the oven so that I can throw the bean meatballs in a separate pan to cook at the same time. As I love to say, might as well bake two loves while the oven’s hot.

Spaghetti Squash is what we refer to as a winter squash. Most people think of these squashes as very starchy and therefore lacking nutrients. But, come to find out, winter squash offers a lot of great nutrients, like Vitamin A, Vitamin C, Fiber, Potassium and more.

The point here is that spaghetti squash is a good thing to include in your diet. I used to balk a little at the taste, but with proper preparation I’ve grown to love it. Shawn has been known to be a picky eater too (he still won’t eat green beans or mushrooms), and he likes this Vegan Spaghetti Squash recipe too.

The bean meatballs add fiber, flavor and substance to this recipe. Each bite has a little something special about it!

Did you know the average person has over 10,000 taste buds? That’s a lot of tasting. And we each have our own preferences as a result too. I can hit a wide swath of those taste buds with this Vegan Spaghetti Squash Recipe, but I’m not going to catch them all. So, that’s one reason I highly recommend being experimental and trying your hand at adapting recipes. Here’s some ways I would suggest changing this one around:

So, have fun with this recipe and please your taste buds! I definitely recommend serving this Vegan Spaghetti Squash and Meatballs recipe with some Vegan Cheesy Pull-apart Bread. It’s another easy recipe that will have your family excited to get to the dinner table!

We love easy, vegan, healthy recipes. If that’s what you’re after too, then take a long look at my Vegan Spicy Sesame Zoodles! Or how about my Vegan Cobb Salad? YAS!

Hey, you know what I’m thinking? Well, we just love this recipe for Vegan Spaghetti Squash and Meatballs. We hope you do too!  If you decide to make it, go ahead and take a photo and share it with us using #namelymarly on Instagram. We LOVE seeing your photos!

If you love vegan and vegetarian spaghetti squash recipes, try my Vegan Spaghetti Squash Casserole too!

Whatever spaghetti squash you’re twirling around your fork, enjoy! 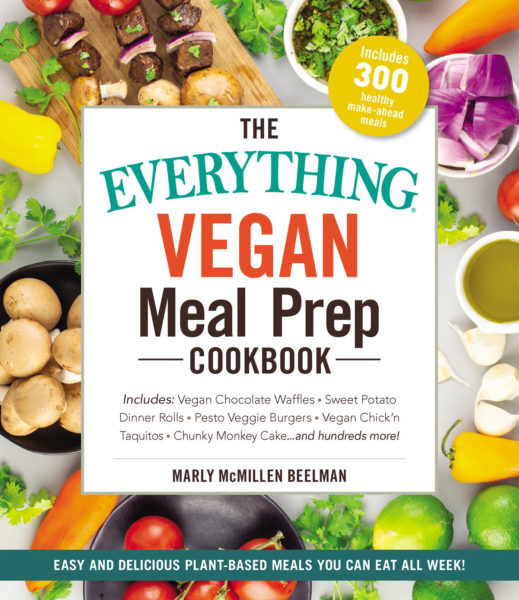