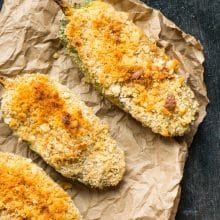 This baked vegan jalapeño poppers recipe makes the best party appetizer or snack. Homemade jalapeño poppers are made with fresh jalapeños peppers filled with vegan cheese, breaded, and baked until tender on the inside, crispy on the outside.

I remember trying my first Jalapeño Cheese Popper and loving it. That was probably about a month before I went vegan. Since most of these delicacies are made with cheese, it was bye bye little poppers!

It didn’t take long before I started to wonder…could I make jalapeño poppers vegan?

Once I got in the kitchen and experimented I realized I could make homemade vegan jalapeño poppers! It’s not only possible, it’s even easy and delicious.

How to Make Vegan Jalapeño Poppers

It’s easy to make these stuffed vegan jalapeño poppers. Here’s a synopsis of the steps.

Step One: Prepare the Jalapeños

Be very careful when handling raw jalapeños, because the oil from the peppers can transfer to the things you touch, such as your face. I prefer using gloves and then I wash my hands immediately after handling hot peppers.

Cut the jalapeños in half and remove the seeds and innards. Set them aside.

Use a spoon or spatula to fill each halved jalapeño pepper with the cream cheese mixture.

Next, prepare the dipping station. You’ll have a total of 3 bowls. The first bowl will have ground flax seeds, nutritional yeast flakes, and plant-based milk.

Here are the steps for breaded jalapeño poppers:

Wondering how long to bake jalapeño poppers? Place the pan of poppers in the oven and bake for 30 minutes, until the crust is golden brown.

How to Get Breading to Stick to Poppers

Jalapeños have a slick surface which makes it seem tricky for the batter to stick to them. However, if you follow the steps above, dipping the stuffed pepper in flour, followed by the vegan egg dip, followed by breadcrumbs, it works.

I also recommend placing them immediately on a baking sheet lined with parchment paper. Then after they’re done baking and you’ve removed them from the oven, be sure and let them sit on the pan for several minutes. This step helps the coating stick to the poppers too.

Once the air fryer is up to temperature, place 4 to 5 breaded poppers in the tray of your air fryer, one layer at a time. Air fry at 375F for 10 to 12 minutes, until crispy. Repeat with remaining poppers.

★★★★★
OMG, Marly! These jalapeno poppers are the bomb! I love cheese and a little bit of spicy in my food.

These vegan jalapeño poppers are amazing! If you love vegan appetizers, you’re gonna want to give these a try, too: 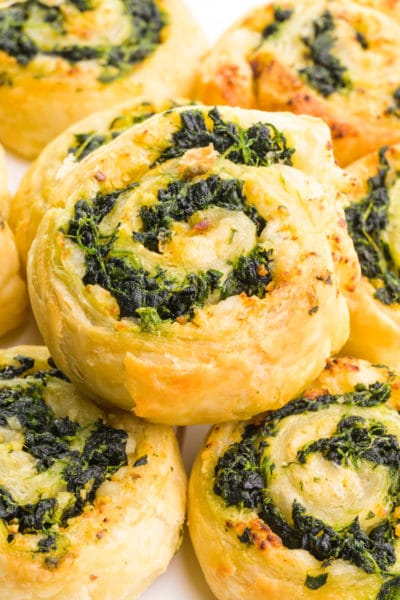 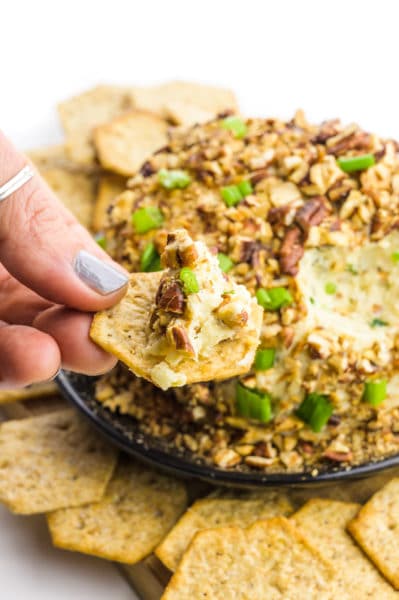 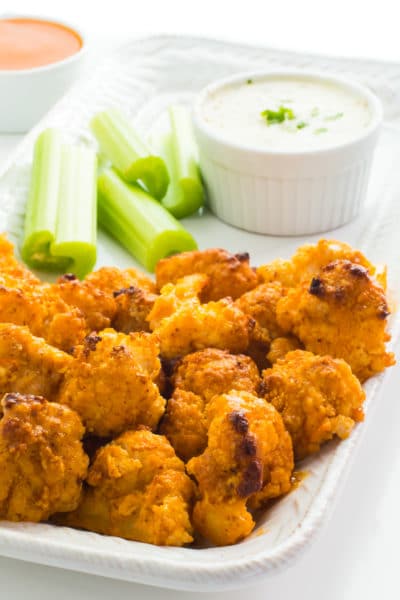 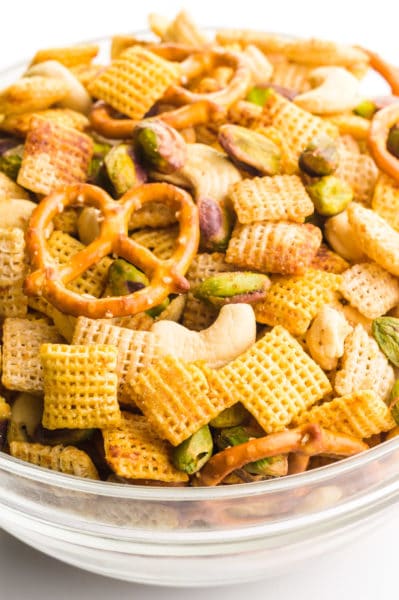 To be honest, you can follow this recipe as is and you’ll have a nice, low-carb vegan recipe. Here are the estimated nutritional values:

That’s it for these vegan jalapeño poppers. Enjoy!

For the Cream Cheese Filling

For the Dipping Stations

We recently updated the photos for these Vegan Baked Jalapeño Poppers. Here’s a sample of one of the previous photos.

I hope you’ll agree that the new ones are much better. It’s fun to be changing and growing. We hope you love this recipe as much as we do!