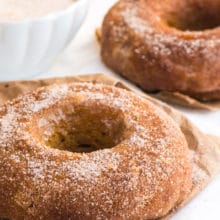 Enjoy this fluffy Vegan Pumpkin Donuts recipe with cinnamon sugar. These are healthy, tender donuts are baked, not fried, dunked in melted butter, and drizzled with cinnamon sugar giving each bite a spicy-sweet crunch. They’re what indulgent breakfast is all about!

If you love sweet, vegan breakfasts, check out this Vegan Coffee Cake or these easy Chocolate Croissants.

When I was a kid, my neighbor’s mom, Sue, used to keep a tub of margarine sitting out on the counter with a bowl of cinnamon sugar beside it. The margarine was nice and soft and with a fresh piece of toast in hand, I slathered it with melted butter and then coated it with cinnamon sugar.

I had to make this baked pumpkin donut recipe several times to get it right. Don’t you feel bad for me? Yeah, me neither. This recipe is vegan comfort food at it’s very best. I always have to forgo fried donuts because the grease upsets my stomach. So, these healthy pumpkin donuts are baked!

Once I discovered baked donut, I never looked back. These vegan pumpkin donuts combine the best of so many worlds — that favorite cinnamon-sugar flavor from my childhood, the ease of baked donuts, and all the pumpkin goodness.

How to Make Pumpkin Donuts

The good news is you can make your own vegan pumpkin donuts in around 30 minutes. Here are the steps:

In a microwave-safe bowl, heat the vegan butter for 20–30 seconds, until it’s melted. Add the pumpkin puree and plant-based milk and stir to combine.

Pour the flour mixture into the pumpkin mixture and stir until it’s combined.

Use a spoon or carefully pour the batter into the donut compartments, filling them generously and equally. Bake for approximately 15 minutes, until the donuts are done and slightly golden on the edges.

In the meantime, prepare your dipping stations, beginning with the melted vegan butter in one bowl. Then make the cinnamon sugar topping by combining the sugar and spices in another bowl.

Once the vegan pumpkin donuts are done, remove them from the oven and allow them to cool. Once they’re cool enough to handle, dip the top side of each donut in the melted vegan butter, followed by a dip in the cinnamon sugar. Repeat with each donut.

If you have enough melted butter and cinnamon sugar, repeat this process with the bottom half of each donut.

Store donuts in an airtight container. They’ll keep for 2–3 days at room temperature. Or store them in the fridge for up to 7 days. They can also be frozen in freezer-friendly containers or bags for up to 3 months.

Use these expert tips to make these donuts perfect every time:

If you love these vegan pumpkin donuts, be sure to try these recipes: 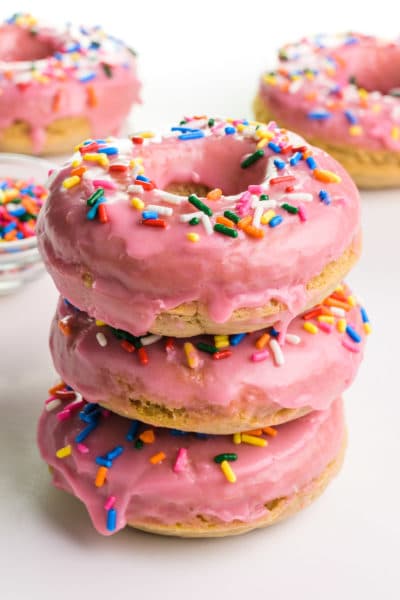 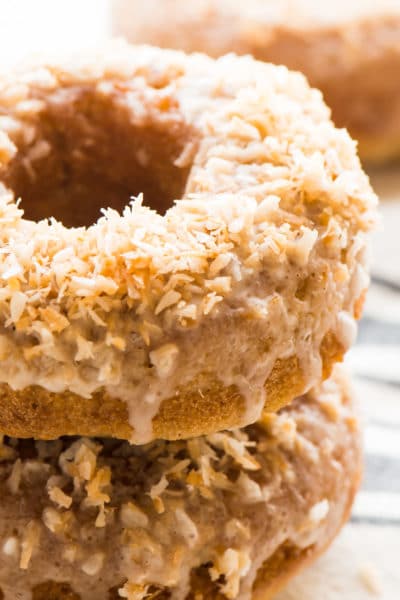 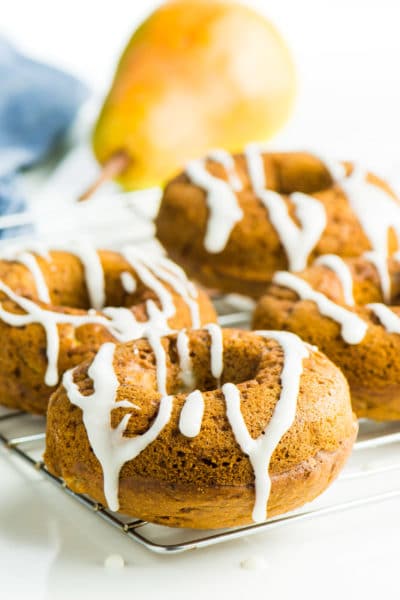 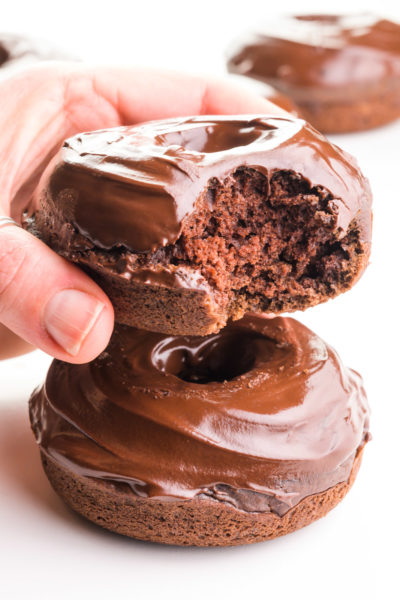 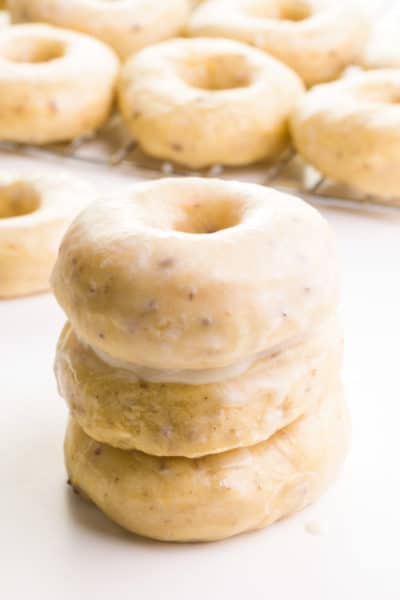 For the Cinnamon Sugar Topping

This post was originally published in 2016 and was updated to include new photos, new text, and an updated recipe in 2020.