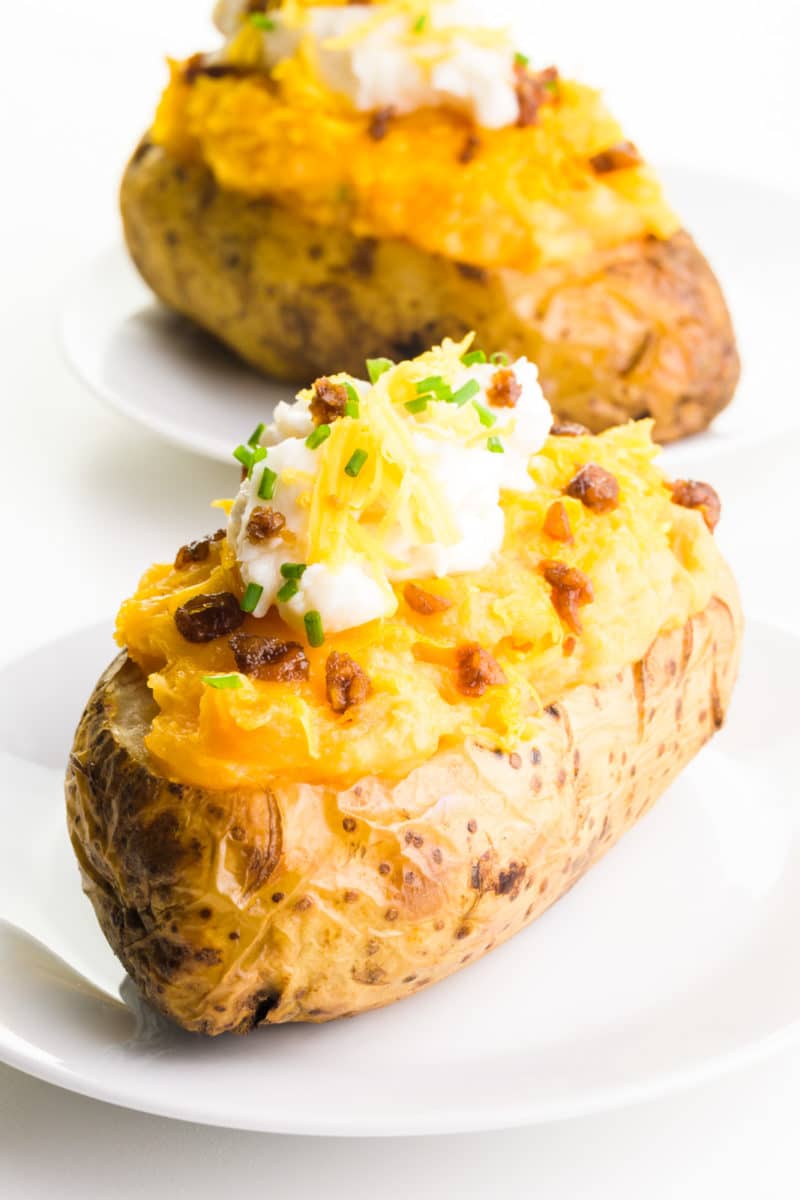 This vegan twice-baked potatoes recipe makes a cheesy, savory main dish (or side dish) that you can enjoy night after night! Potatoes are loaded with healthy nutrients and you can enjoy the nutritional benefits of this plant-based meal made with baked potatoes, sweet potatoes, vegan sour cream, chives, and more!

A hankering for potatoes recently combined with the not-so-gentle urging of my daughter resulted in a quest to make traditionally creamy, cheesy Twice-Baked Potatoes. My quandary? How to make twice-baked potatoes vegan.

So when my recent urge for potatoes came on full throttle, I decided to give it a more adult (if not suburban) twist; Twice Baked Potatoes.

My quandary was how to make full-flavored, twice-baked potatoes vegan. Most recipes include bacon, sour cream, and cheese (things we vegans don’t eat).

What Potatoes are Best for Baked Potatoes?

Russet potatoes have a starchy, firm texture and low moisture content making them the best choice for baked potatoes. They create baked potatoes that are light and fluffy with a crispy crust (when prepared correctly). Red potatoes and Yukon Gold have a higher moisture content that can yield dense potatoes. They may work in a pinch, but your go-to potato should be the russet. You can speed up the baking time by poking a metal skewer through the center as it bakes. Use tongs to squeeze your potato to test whether they’re done. If they yield, your potatoes are done baking.

How to Make Vegan Twice-Baked Potatoes

This Vegan Twice-Baked Potatoes dish is quite easy to make! I’m even sharing two ways to bake those potatoes. If you’re in a hurry, you can use the microwave, but my favorite is to bake them in the oven. So good!

The good news is that a vegan baked potato is not much different than a traditional potato. Here are two ways to make it!

You can serve twice baked potatoes as a meal, appetizers, or a side dish. They’re good and filling either way!

★★★★★
These twice baked potatoes are so good! I can’t believe they’re vegan!

Serve vegan twice-baked potatoes as a side dish to any number of tasty entrees such as Lentil Burgers or our family favorite, the French Dip Sandwich. Or it can even serve as its own meal with a Wedge Salad on the side. 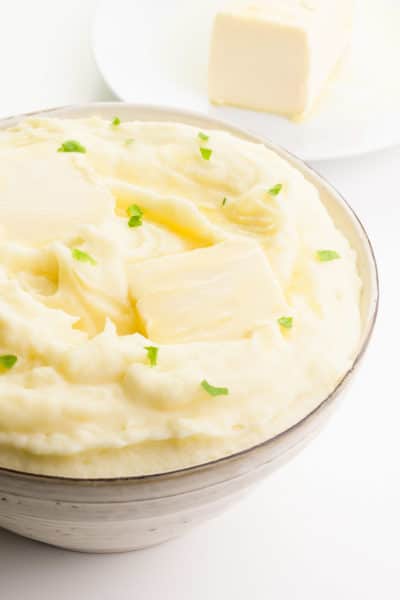 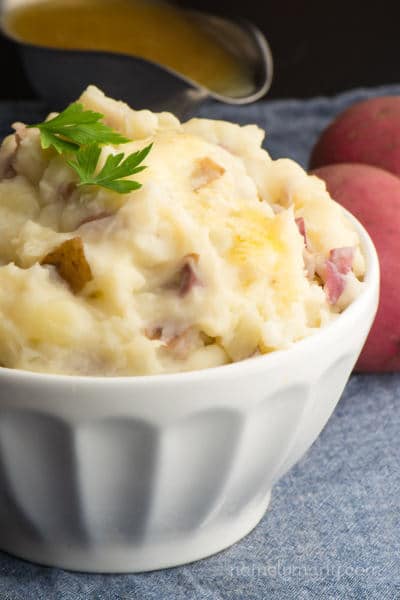 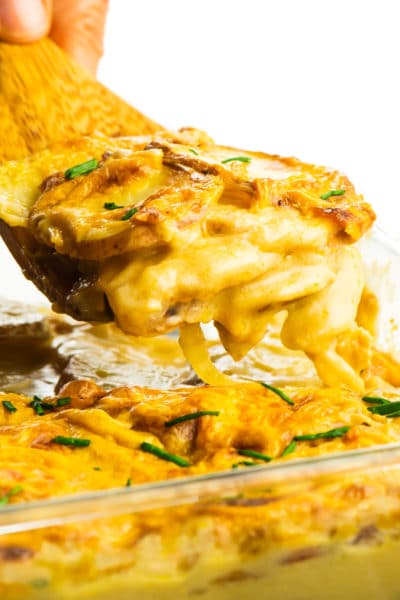 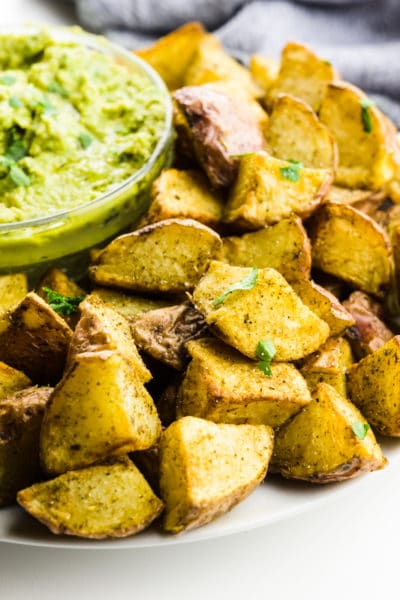 We hope you love this recipe for vegan twice-baked potatoes as much as we do! 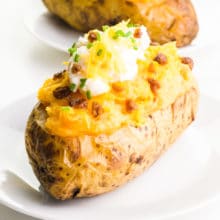 For the Baked Potatoes

For the Potato Filling

This post was originally published in 2011 and was updated to include new photos, new text, and an updated recipe in 2020.