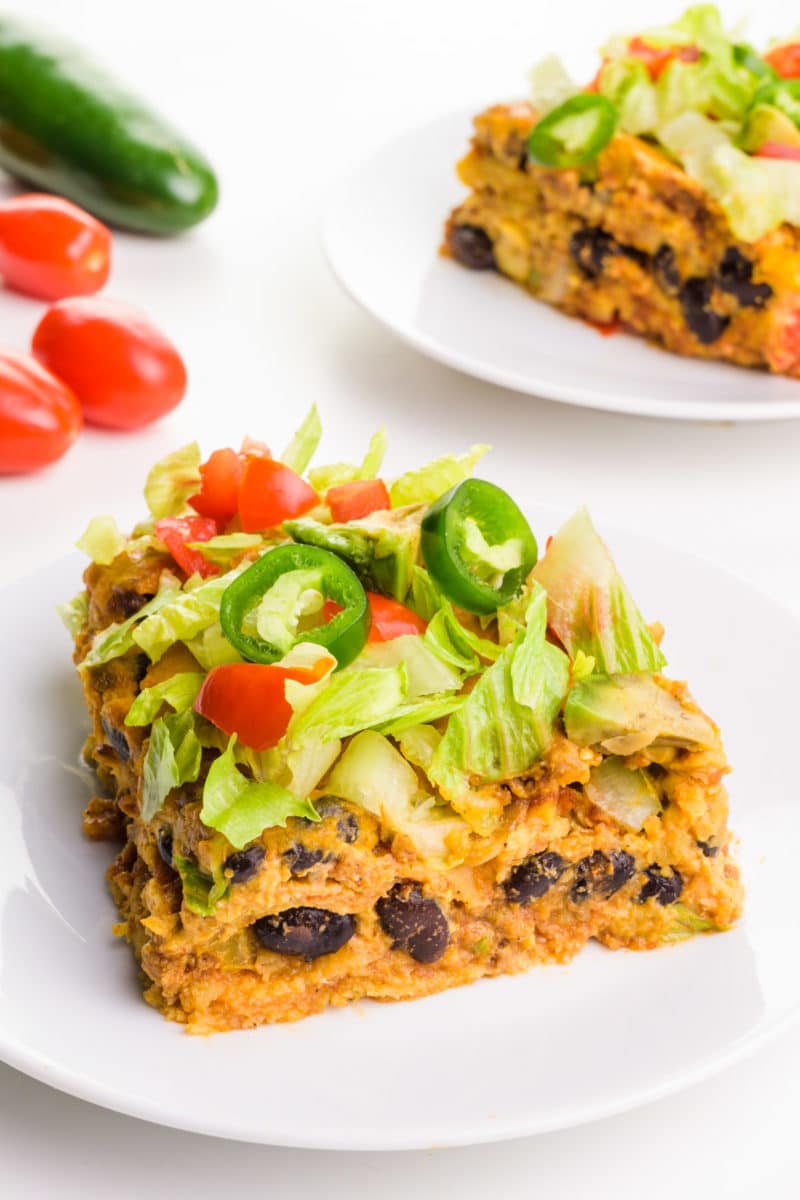 Tis the season for busy days. Besides, when the weather is so nice or you have a life, you don’t want to spend your precious time inside cooking. Am I right?

This casserole is ready in 30 minutes, making it a perfect go-to weeknight favorite.

How to Make Vegan Enchilada Casserole

Here are the quick steps to make this meatless enchilada casserole.

These are the key ingredients you’ll need for this vegan casserole recipe.

We serve this casserole with Air Fryer Tortilla Chips and some Corn Salsa on the side. You can also add a layer of Sofritas to spice things up a bit. And don’t forget some spicy sriracha on the side!

Store leftovers in an airtight container in the fridge for up to 5 days. This casserole can also be frozen for up to 2 months.

If you love this vegan enchilada casserole, here are some more vegan Mexican food favorites: 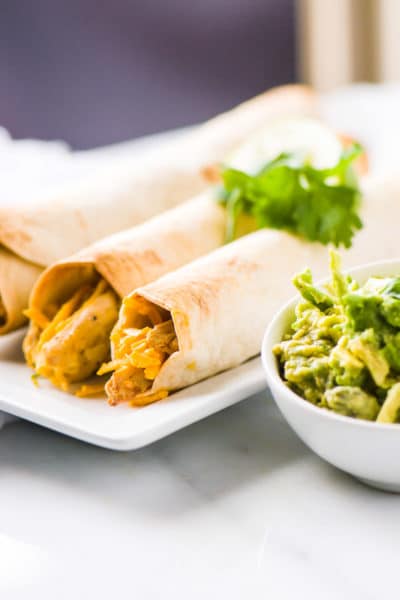 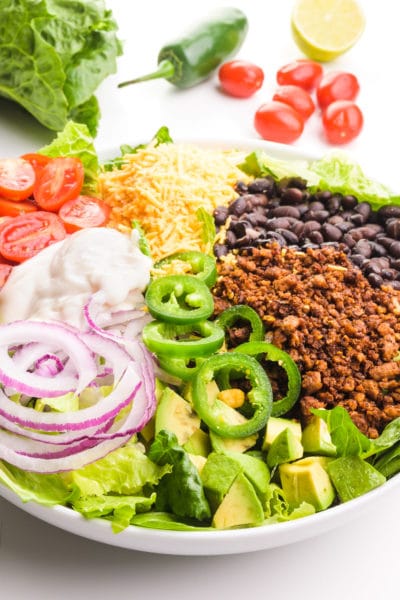 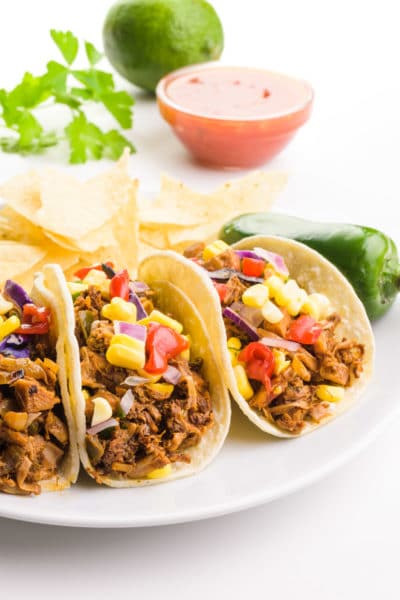 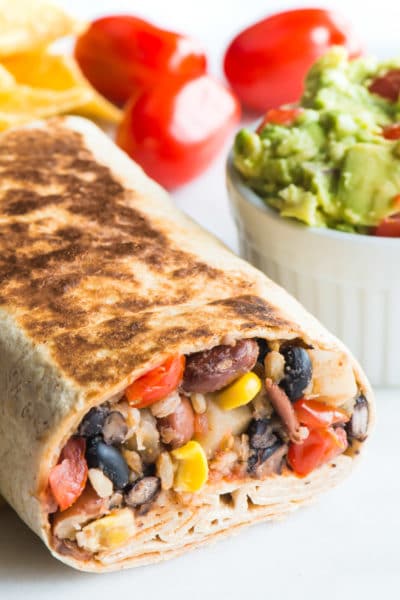 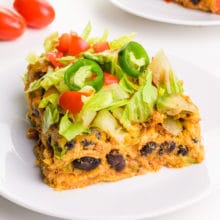 For the Enchilada Sauce

For the Enchilada Casserole:

Use gluten-free flour to make this dish gluten-free Use either flour or corn tortillas based on your preference You can substitute vegan cheddar shreds for the vegan nacho cheese sauce.

What are Veggie Crumbles?

Veggie crumbles are used in place of hamburger in recipes. You can buy them frozen (Gardein Beef Crumbles or Beyond Beef Crumbles). They’re typically a soy-based product or can be made from textured vegetable protein. Many of these are vegan and gluten-free. They’re convenient because you add them directly to the recipe without precooking. You can also use the new faux meat products, such as Impossible Ground, but these usually have to be cooked in a skillet before adding them to the recipe.
Calories: 410kcal | Carbohydrates: 58g | Protein: 15g | Fat: 14g | Saturated Fat: 4g | Polyunsaturated Fat: 2g | Monounsaturated Fat: 3g | Trans Fat: 1g | Sodium: 1175mg | Potassium: 517mg | Fiber: 12g | Sugar: 4g | Vitamin A: 518IU | Vitamin C: 23mg | Calcium: 109mg | Iron: 4mg

This post was originally published in 2016 and was updated to include new photos, new text, and an updated recipe in 2021.