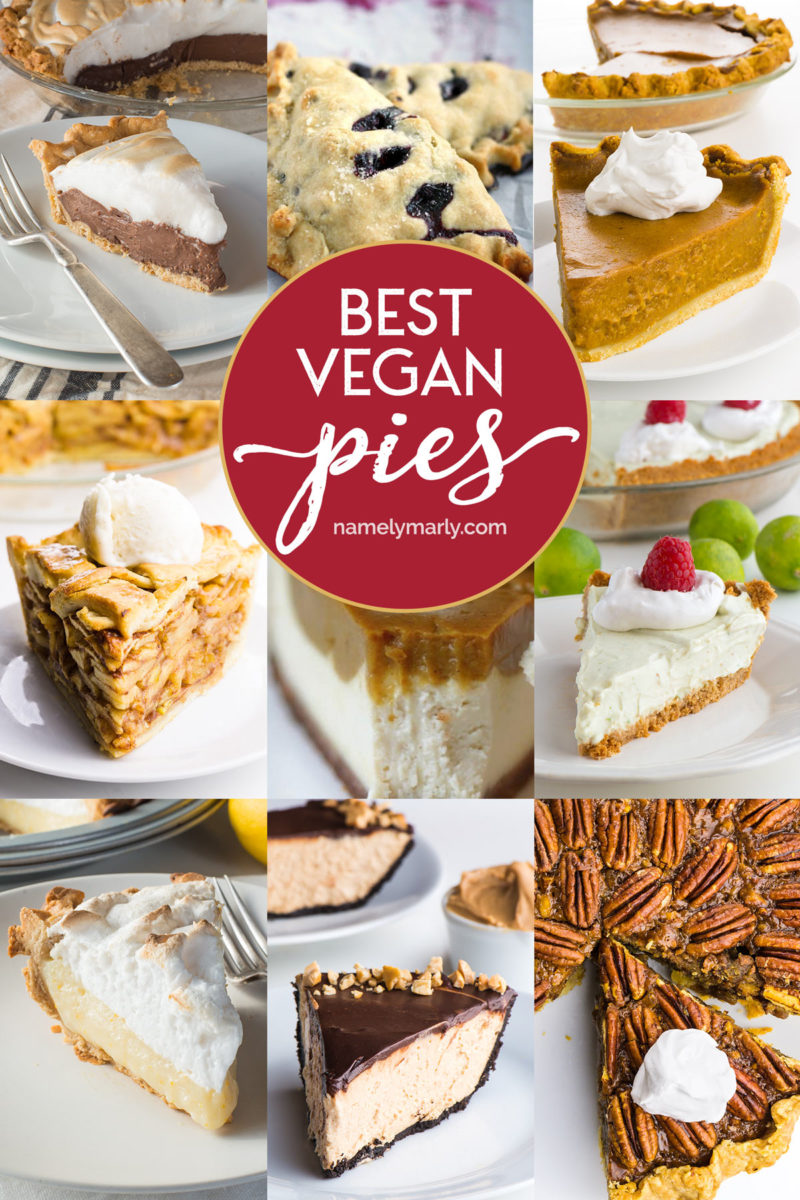 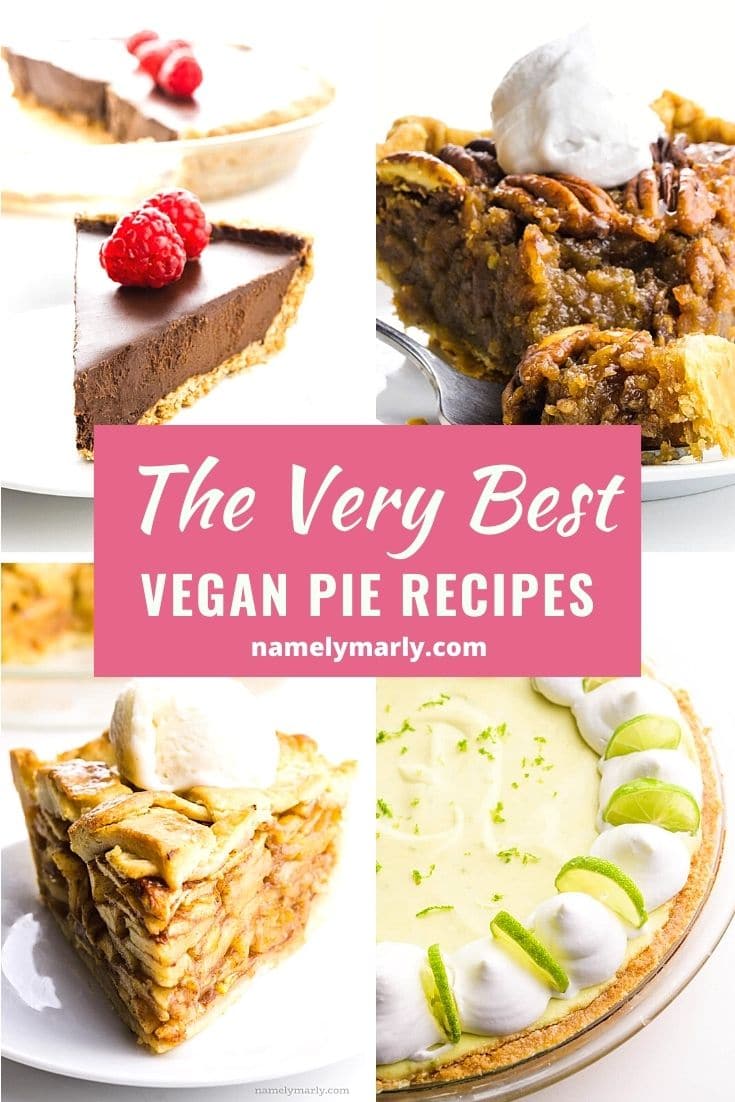 Vegan pies are absolutely delicious and you’ll want to have the best for your family and friends. These pie recipes start with fabulous vegan pie crusts that produce buttery crispy shells for your pies. Then you’ll want the most amazing vegan pie fillings, including vegan pumpkin pie, vegan banana cream pie, chocolate pie, and more.

First things first, when it comes to any pie, you need an amazing pie crust. These vegan pie crust recipes are go-to favorites in my house. You’ll find everything here from an Oreo pie crust, graham cracker crust pie crust, a gluten-free oatmeal pie crust, and the classic vegan pie crust that makes a perfectly flaky crust every time! 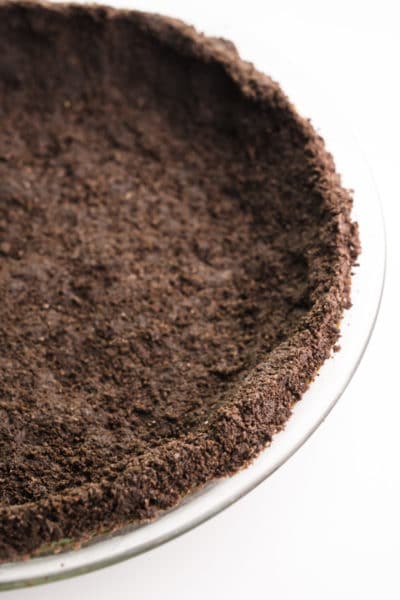 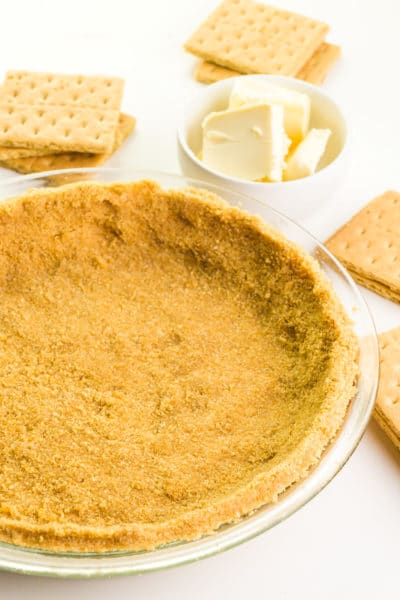 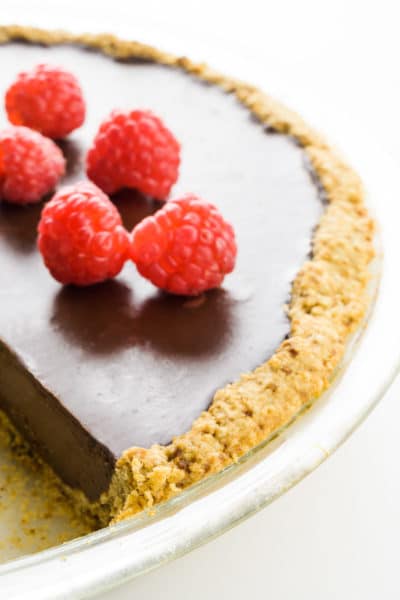 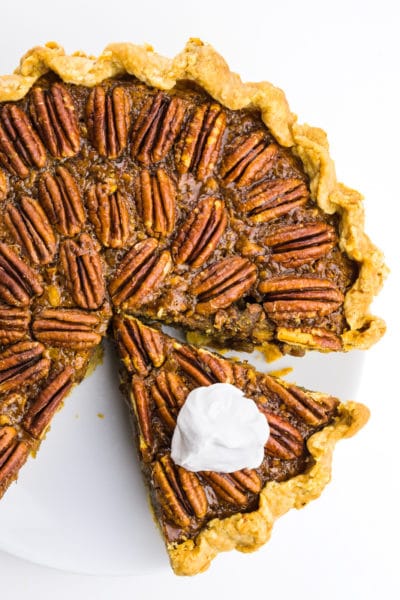 If you need a gluten-free vegan pie crust, simply use the above recipes and make the following substitutions:

You can also buy pre-made vegan pie crusts too. This is a rather new development and one that I’m particularly happy about! It used to be all store-bought pie crusts used lard. But these days there are more and more vegan pie crust brands. These brands change their ingredients all the time so always check the label before buying!

Here are a few to consider:

If you love fruit in your pies, be prepared to be amazed at these delicious pie recipes! For example, the banana cream pie is a go-to favorite. But you can’t go wrong with the ultimate vegan apple pie. If you prefer your pie in crumble form, try this Vegan Apple Crisp. It’s a bit easier to make and just as delicious.

Everyone loves chocolate pies, and if you’re on a dairy-free and/or vegan diet, it’s no different. This was the very first vegan pie I made and I was surprised at how easy it was. You only need a couple of hours for the pie to chill in the fridge and you’re ready to serve. Or you can take it to another level with a vegan chocolate meringue pie!

Everyone loves a good pecan pie served with dollops of whipped cream on top. My vegan pecan pie is the best recipe out there. So many people comment about how it’s their favorite and how they’re shocked it doesn’t have eggs in it. Add dollops of coconut whipped cream and you’re in pie heaven!

Or you could these Mini Pecan Pie Tarts by Vegan in the Freezer.

Mmm, Peanut Butter. We all love that flavor. But combining peanut butter and chocolate in a pie is a recipe for something outstanding. The first recipe, vegan chocolate peanut butter pie, is super easy to make. It takes only a few ingredients and you’ve got dessert covered. But if you’re into making something extra special, that fluffy vegan peanut butter pie is a true crowd favorite!

When it comes to vegan dessert recipes, these dessert pies are rich and delicious in all the right ways. You’ll love serving them with your favorite easy plant-based meals!

If you love using coconut in your pies, this vegan key lime pie and this coconut meringue pie (or coconut cream pie) will be your favorites for sure!

Imagine sitting down to a slice of your favorite pie and it’s vegan. Now, imagine sharing it with your friends and family, and it’s so good no one can tell it’s vegan. That’s just one reason to love these vegan pie recipes during the holidays and all throughout the year. 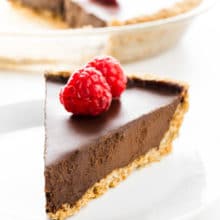 You want the very best vegan pie recipes and this post delivers! You'll find everything from buttery, crispy pie crusts, to the most sumptuous fillings. There's vegan pumpkin pie, vegan banana cream pie, coconut pies, and more! Of course, be sure to serve this creamy vegan dark chocolate pie recipe as a special treat any time of year. It's made with a simple list of ingredients and comes together in minutes (but requires time in the fridge to set).
5 from 1 vote
Print Pin Rate Save Saved!
Course: Dessert
Cuisine: American
Prep Time: 10 minutes
Cook Time: 40 minutes
Chill Time: 1 hour
Total Time: 50 minutes
Servings: 12
Calories: 337kcal
Author: Marly McMillen