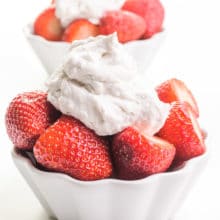 This easy vegan coconut whipped cream recipe is a delicious, lightly sweet topping to serve over fruit, in hot cocoa, on pies, you name it. The coconut fat from a can of coconut is whipped until it’s light and fluffy, making it taste amazing. And it has only 1 gram of carbs per serving.

This is a time-tested recipe for non-dairy whipped cream, that’s perfect to add to your favorite desserts, like this Vegan Banana Cream Pie or this Dark Chocolate Pie.

I’m not one to keep things to myself, so I’m excited to share with you my secrets for making the best coconut cream recipes for whipped topping. If you’ve never whipped coconut cream before, my tips will make it easy!

How to Make Coconut Whipped Cream

Curious how to make vegan whipped cream? You’ve come to the right place! It’s actually a simple process. Here’s a synopsis of the steps:

What is Coconut Cream?

Coconut milk whipped cream is dairy-free whipped topping in a nutshell. Or a coconut shell. Instead of using cow-dairy cream, you’ll use full-fat coconut milk and whip it into stiff peaks. If you think about how whipped cream is made, you’re basically transforming a liquid into a solid. The process involves introducing lots and lots of air bubbles into the liquid and then slowly, breaking down and emulsifying the fat. That’s where those soft peaks form.

Cool Whip is commercially prepared whipped cream, and it’s made with dairy, so it’s not vegan. You can buy vegan cool whip in health food stores and some grocery stores. It’s called CocoWhip by So Delicious.

What Coconut Milk is Best for Whipping?

It’s best to use full-fat coconut milk when creating whipped topping because we’ll be using the fat portion from the can. Full-fat coconut milk should have between 12 and 15 (or more) grams of fat. Refrigerate the can up to overnight to help separate the fat from the more watery liquid in the can. If you are using coconut milk with less fat, you may need to scoop out the fat from 2 cans. The fat content should equal about one cup. Save the water liquid to use in green smoothies or this piña colada smoothie.

★★★★★
Thanks for the clear instructions! I followed them to make some coconut whipped cream for a gluten-free, vegan version of strawberry shortcake and it came out wonderful!

This sounds pretty straightforward, but there’s more to it than that. Let’s go through these steps one by one.

Step One: Prepare the Coconut Milk

Place your can of coconut milk or cream in the fridge for at least 4 hours to solidify the fat.

Next, place your mixing bowl in the freezer for about 10 minutes. Having that bowl good and cold helps, especially if your kitchen is warm. I find in the winter I don’t have to worry about this step as much.

You can even throw your mixer’s whip attachment in the bowl, too.

Step 3: Pour out the Liquid and Scoop out the Fat

Step 4: Use a Mixer to Whip Cream

Use these expert tips to make this coconut whipped cream perfect every time:

Make a perfect keto whipped cream dessert when you use a keto-friendly sweetener like Truvia or MonkFruit. A no-sugar whipped topping is delicious when served with hot chai tea, over low-carb desserts, and more.

Here are the estimated nutritional stats per serving:

With only 1 gram of carbs per serving, you can add this keto whipped cream to your favorite vegan keto desserts, like fresh berries, Chocolate Chia Pudding (using zero-calorie sweetener instead of dates), Stuffed Strawberries, Peanut Butter Granola, and more!

This coconut whipped topping is perfect with your favorite vegan creamy desserts. Here are some favorites: 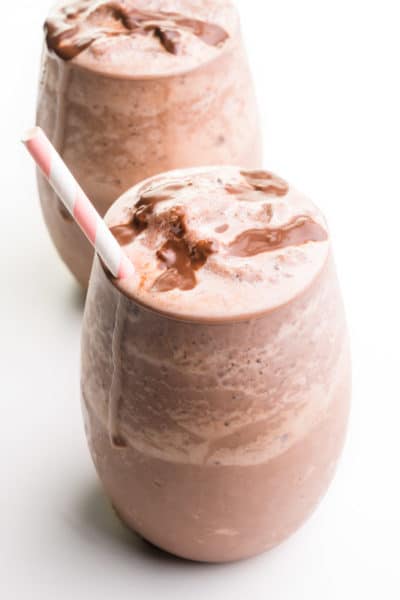 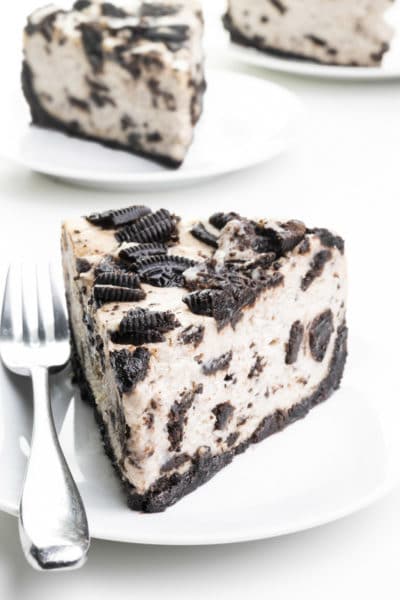 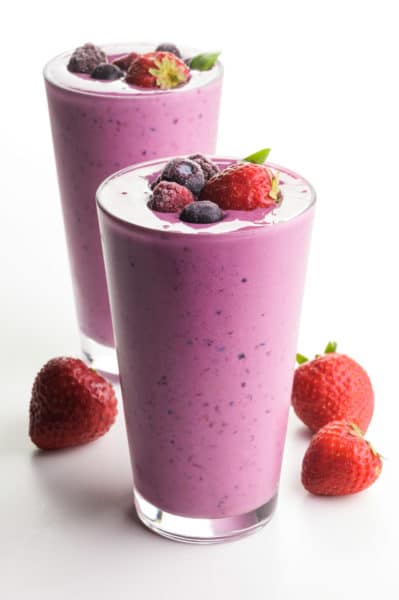 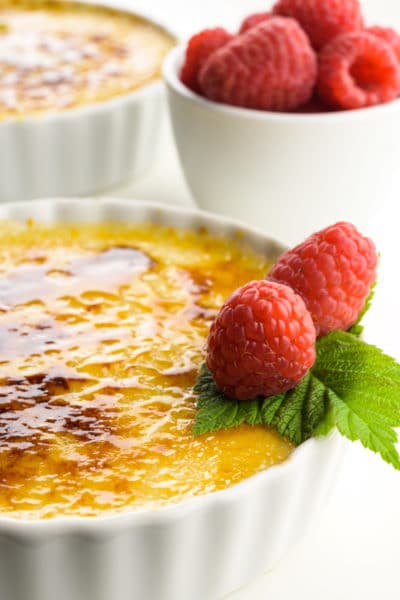 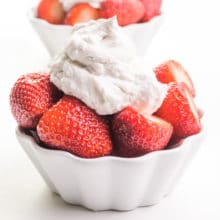 This Vegan Coconut Whipped Topping should keep in the fridge for up to a week. If the coconut cream is too firm while whipping, add a teaspoon or two of the reserved liquid from the can of coconut cream to help.
Calories: 84kcal | Carbohydrates: 1g | Fat: 9g | Saturated Fat: 8g | Sodium: 5mg | Potassium: 93mg | Vitamin C: 0.4mg | Calcium: 8mg | Iron: 1.4mg

This post was originally published in 2015 and was updated to include new photos, new text, and an updated recipe in 2021.